The Story of the Solihull Mindful Meditation Class

The Story of the Solihull Mindspace Class

In February 2014 after receiving several requests to visit Solihull to run a meditation class I delivered a one month course.

At the first session five people attended (a good number as it was the same amount of attendees who turned up for Buddhas first teaching at the Deer Park in Sarnath, Northern India!).

By the end of the course there were three people left. Once the final session had concluded I thanked the trio for coming and wished them all the best for the future.

One gentleman asked, so does that mean that you’re not coming back?
Yes that is correct, I replied.
Would you consider coming back to do another series? He asked.
I would like to, I said, but I don’t think it will currently be possible.

When I arrived home that evening I received an email from the same man requesting to give another class, perhaps this time longer, and again the following morning!

I considered the request and decided to run a six week series after the Easter break. Using the same venue. The gentleman who had requested the classes didn’t show! However, this time around ten people turned up on the opening evening, and by the end of the course there were a similar number who had completed the course.

After a six week course you can often see the tangible benefit on the faces of attendees who have completed the series, more relaxed, lighter, with a warm mindful glow. A fellow teacher advised me when I first started teaching you know you have delivered a good session if attendees leave with a smile on their face.

So we decided to run the class again in September and this time twenty people showed up. The room was full of energy. I often say that meditating live in a group is similar to cycling in a peloton you expend 75% less energy for the same distance covered.

As time went on the Solihull mindfulness class was scheduled to run during eight week periods, three times a year, seasonally, during the term time.

Several terms later on the opening night there were so many people that we had to turn people away on the door and several people listened to the class from outside in the foyer!

We decided to move to a hall which could accommodate more people.

After several years, in 2016, those who had been attending the beginner series requested for a ‘next step’ class, we trialled the Mindspace+ series and around eight people joined this, running one-hour before the beginners series. This worked very well and allowed practitioners to deepen their experience of the practices and build a sense of local community around mindful meditation, since then we have run eleven different themed Mindspace+ courses which you can discover online here.

Fast forward to today (4th October, 2019), there are two classes available for local people the beginner series at 7.30pm and the Mindspace+ series at 6.15pm. Both classes are full each term and attendees experience the great benefit of engaging in mindful meditating in a supportive group.

There are attendees from all backgrounds, faiths, ages (ranging from 8 through to 85), demographics, and professions. With participants discovering inspirational ways to train their mind and how to integrate mindfulness into their daily life regardless of external circumstances.

Solihull has now become a hub for running workshops for practitioners from across the West Midlands who attend the Mindspace live classes and once a term we meet to offer a half day retreat at the Solihull Methodist Hall located right next to the train station.

If you are a beginner just getting started, you are more than welcome to drop-into the 7.30 pm session to see how you can benefit from the guided practices. We have attendees coming to the mindfulness session in Solihull from across the region, including, the villages of Warwickshire, South Birmingham, Leamington, and Coventry.

We look forward to welcoming you! 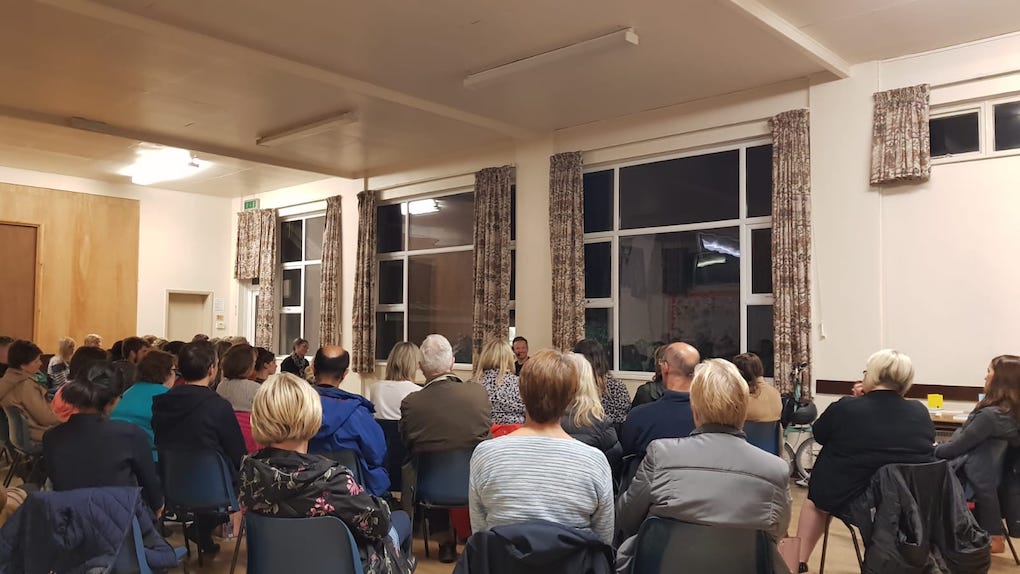 Have a listen to Heather (the friendly face on reception!) experience of assisting at the class.

If you would like to get involved with helping out at the class, you can do so here under Option 2.

Assisting at a Mindspace Class