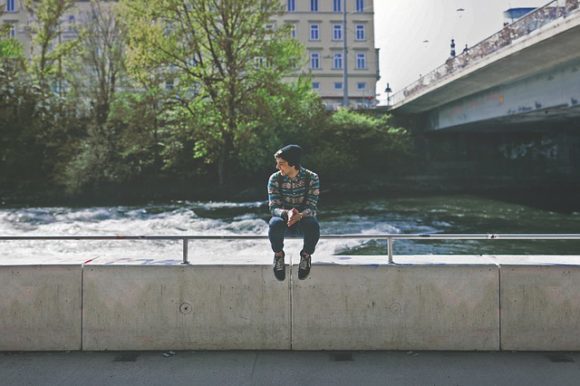 I was recently invited to take part in an electives fayre at Gordano School in Portishead near Bristol. The fayre was set up to give sixth formers a chance to get more information about optional courses being offered for their Wednesday afternoon of study.

Trying to introduce meditation at such an event was tricky, in a busy and noisy hall filled with students wandering around, the environment was not conducive to even a short meditation so I decided to introduce the idea of being mindful instead.

Whereas mindfulness means being in the moment, meditation is the technique used to practice it, so the idea to experience mindfulness was not too far removed from what might be in store for them if they signed up for the course.

Next question for me was what could be the focus for their mindfulness?
What could be a point of real focus, if only for a few minutes…something that engaged all the senses but something that would also be acceptable to the majority – answer…chocolate eating!

So armed with a plate of chocolate buttons and a short list of instructions I asked for volunteers to take part in a chocolate-eating experiment. Not surprisingly the next couple of hours the stall was really quite busy.

I asked each volunteer to take a chocolate button but, and believe me it really is necessary to say this very quickly, not to eat it straight away. Instead they were to find a place to stand or sit (most sat outside on the grass) and look at the chocolate and consider its weight, sensation on the hand, where it might come from, the look of it, color,size etc.

Next to smell it and think about the aroma.
To break it – did it make a sound?
Only then to put it in their mouth, but not begin to eat it, but feel it melt, be aware of the taste and where in the mouth it tasted. Then to slowly move it around the mouth noting the difference sensations and tastes. Finally they could swallow it and then consider how this was different to their normal chocolate eating.

The whole experience took probably only 3-4 minutes and they were then invited to write on the back of their instructions whatever they felt.

The overall consensus was that they had never eaten a chocolate in that way, with such awareness ever before.

Many stated that they generally ate chocolate without really being aware of it at all, in a rush, suddenly realizing that it was finished.

Many said that this time they didn’t feel an urge for more as soon as they were finished, which would normally have been the case.

“Appreciated it more”
“More sensual”
“More fulfilling”
“I was much more focused on the actual chocolate itself, rather than the idea of it”
was one that I found particularly interesting.

The list for the meditation class has now been closed at 16 and I am looking forward to starting meditation practice with the students in September. I am hoping that we can accommodate others who wanted to take part at the beginning of next year.

Liese Stanley is a Mind Space Schools Speaker based in Portishead, Bristol and delivered a series of  mindspace sessions at Gordano School.

If you would like to discuss a Meditation in Schools workshop in your school then please contact us.